In 2018 the commemorations also signify Armistice, the centenary of the end of the First World War.

The Queen led the nation in remembrance from a balcony overlooking the Cenotaph at the national memorial in Whitehall. The Prince of Wales laid a wreath at the Cenotaph on behalf of his mother for the second year in a row.

LMD provided LED Screens to various events all over the UK, with a selection of their screens going to Manchester & Nottingham. 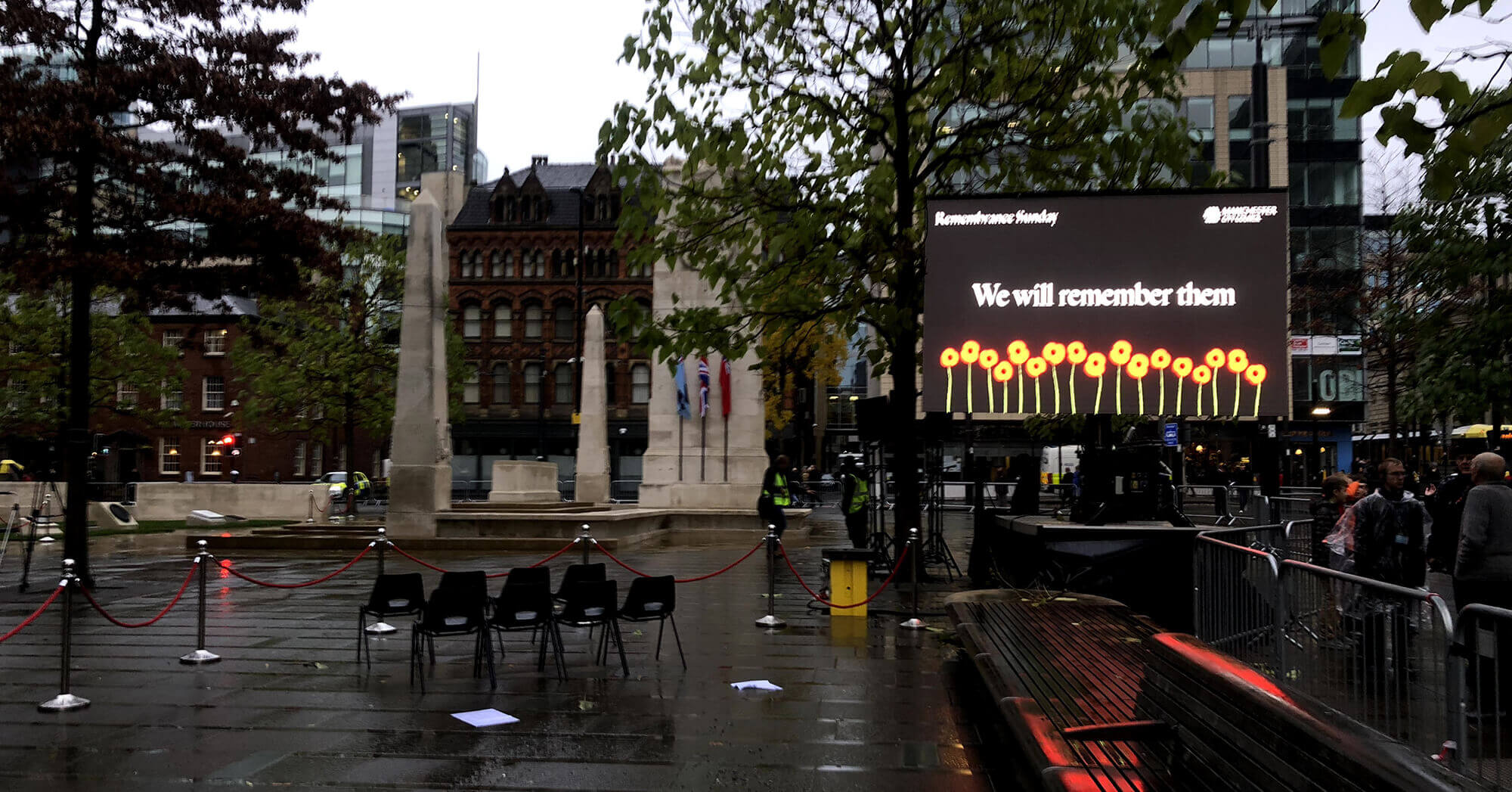 Manchester City Centre fell silent as they remembered 23,792 souls from Greater Manchester who died in the First World War.

At St Peter’s Square, tributes were led by service and ex-service organisations and faith leaders. The annual Remembrance parade was followed by two minutes’ silence, starting and ending with the firing of a gun from the town hall.

After the service, there was a march-past outside Manchester Central Library and at 12.30pm bells rang out from Manchester Cathedral, St Ann’s Church, the Hidden Gem Church and other locations – which was part of a national tribute to mark the centenary.

The sound of the bells rang across the country – to give thanks and relief that took place at the end of the First World War.

Beacons were lit as part of the nation’s ‘Beacons of Light’ movement.

Following the Service of Remembrance and Thanksgiving, another important event to mark the Centenary of the end of the First World War took place at the Victoria Embankment

Battle’s Over – A Nation’s Tribute

Beacons were also lit in cities, towns and villages the length and breadth of the UK and beyond. Nottingham’s beacon was placed in front of the imposing 1927 war memorial.

There was a moving tribute to Nottingham and Nottinghamshire’s 14,000 men and women who lost their lives.

The Nottingham beacon was lit at 7pm, with church bells ringing out as they did on the night 100 years ago.

The LMD crew were on site from 7am-9pm, in the morning there was the filming of service which was displayed onto the screen

Evening – Various images were played on the LED Screen during the initial service, and this was followed by a rolling scroll of all of the names of the people that passed away, this lasted for approximately 2hrs.

Quality of service and equipment. Ability to understand briefs and act on them. Long-standing relationship.