Lightmedia have worked with Nottingham Council for over 10 years and in June 2013 we supplied screens and also a full production service for Armed Forces Day. At the event  3 mobile LED screens were provided, 2 x 27sqm & 1 x 45qm mobile truck-mounted screens, which were all located in different areas of Nottingham, two of the screens were located 1 mile away.  As well as LED screens Lightmedia also offer a full production service with a team of experienced crew, who have worked in the industry for a number of years.  A live parade was filmed and microwaved to the other screens in different locations, utilising 10 cameras, cameramen, vision mixers, uplinks and downlinks to enable the content to be shown on all the screens.  This was all achieved enabling the event to be viewed by a wider audience based in different locations. 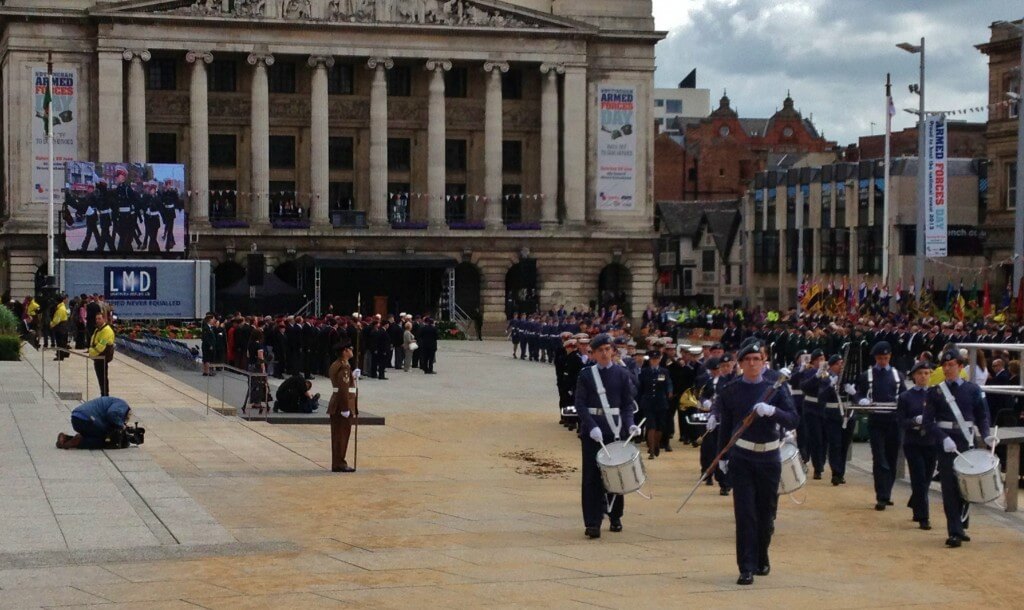 The organisation of the event was controlled by our Project Manager who organised the team and gave out clear instructions throughout the day. It was a one day event and we had to be ready for filming the parade for Armed Forces Day at 9am and we had to be off site by 6pm that same day.  All timescales and budgets were kept to and we received a glowing testimonial from the client.