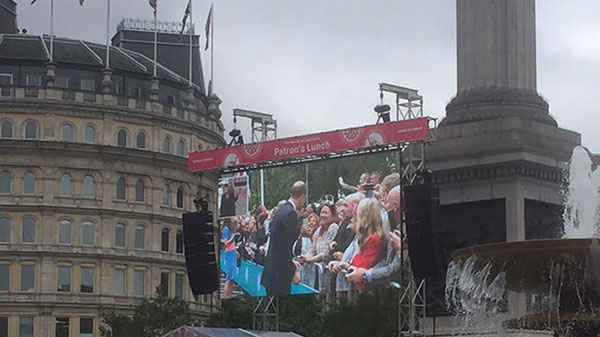 How proud we were to be involved in the Patron’s Lunch in Trafalgar Square for the Queen’s birthday celebrations in June.  We supplied an enormous modular LED screen, with an Actual 6mm Pixel Pitch plus a full production service to celebrate the Queen’s 90th birthday. The longest serving monarch in history, and we were delighted to be part of such a historical event.