Xbox One Launch – Leicester Square London. Lightmedia were asked to provide three modular LED Screens for the launch of the Xbox One in Leicester Square.  Two 23sqm modular screens were flown at either side of the stage where Plan B and other artists performed for the crowds.  A 45sqm modular screen was also built and this was available for people to actively play on the consoles, the screen was split into 3 sections so players could compete against each other. 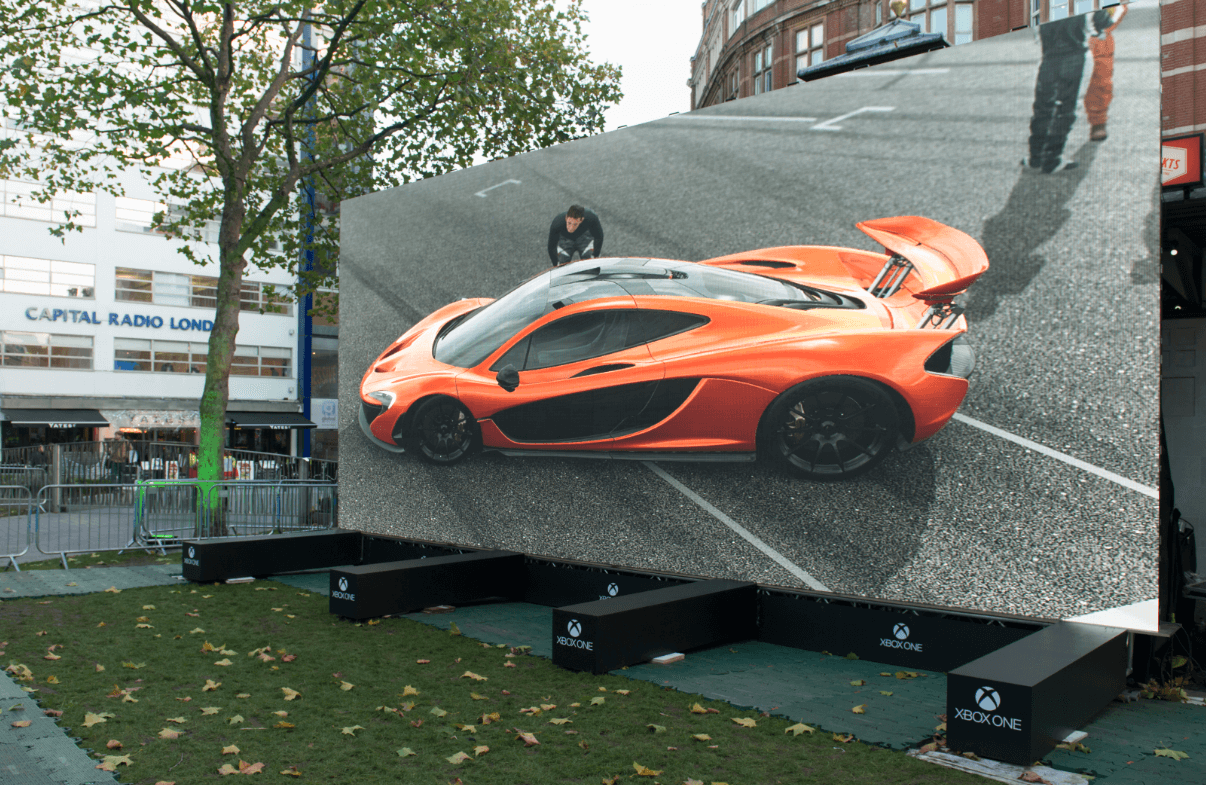 Just under 100sqms of modular screen had to be delivered, unloaded, built and tested all within a very tight timeline.  To ensure that everything was ready for the launch our team of experienced technicians & riggers worked in shifts until the project was completed.